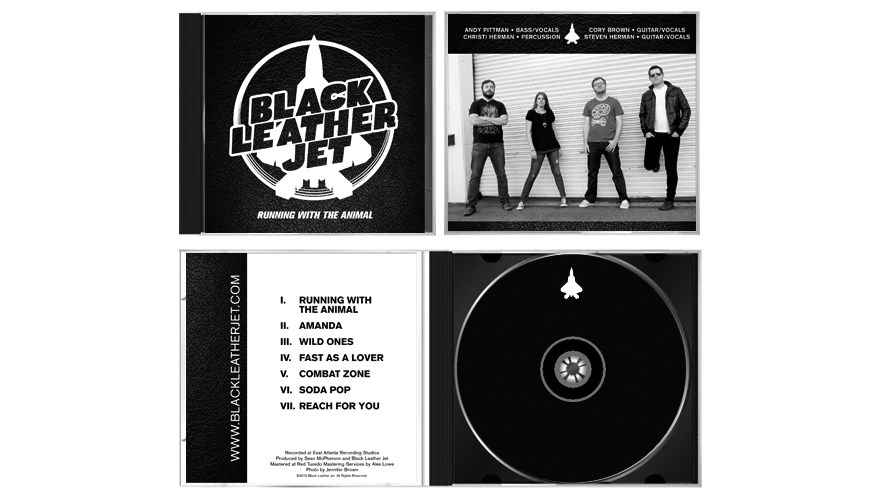 I created this for my band, Black Leather Jet. We have an album release show coming up on June 13th in Atlanta, GA. We ordered 20 CD’s, 100 download cards, baseball tees and stickers. The CD layout includes a logo that was designed by our friend Rick Lara and a photo that was taken by our guitar player’s wife, Jennifer Brown. Our band members include myself, Christi Herman on drums, my husband Steven Herman on guitar and lead vocals, Andy Pittman on bass and Cory Brown on lead guitar.

It’s been a while since I spotted a blue heron around the greenway.
Photo taken from our back deck. #easternbluebird
Sunsets then Netflix. #myfavoritecolorissunset
Enjoy the ☀️ this weekend! More rain coming ☔️